Biography: Dawn M. (Torrence) Ireland is the founder of CHERUBS – The Associati ReadMore...

Dawn M. (Torrence) Ireland is the founder of CHERUBS – The Association of Congenital Diaphragmatic Hernia Research, Awareness and Support. Created in 1995, after the birth of Ms. Ireland’s son, who was born with Congenital Diaphragmatic Hernia (CDH), she wished to create a supportive, collaborative community of families of researchers. It was built upon a foundation of research, awareness and support – providing as many services and as much information as the budget and volunteer system could withstand. With the encouragement of several prominent pediatric surgeons, CHERUBS began to have a presence at medical conferences in 1996. By 2000, the CDH Research Survey Database was created. In 2017, the charity was restructured. Ms. Ireland stepped away as President of CHERUBS and into the role of President of CDH International to further the research projects that the organization is involved in. CHERUBS still exists as the family support division of CDH International. Currently, Ms. Ireland oversees CDH International which now runs the world’s largest natural history database of CDH, has 3 boards, employees, many volunteers, assists over 6300 patient families in 70 countries, presents research abstracts, and works with both the NIH and the EU. Ms. Ireland also is a founding member of the Rare Advocacy Movement and senior level patient advocate, mentors several other non-profit organizations, is a founding member of the Alliance of Congenital Diaphragmatic Hernia Organizations, has written/edited 4 books and spends her time between the United States and Europe to continue the organization’s growth and outreach.

Biography: Andrew J A Holland graduated from London University in 1988 and obtain ReadMore...

Andrew J A Holland graduated from London University in 1988 and obtained his FRCS in 1992. He is trained in London, Perth, Adelaide and Sydney, obtaining his FRACS. As a Surgeon Scientist Scholar of the Royal Australasian College of Surgeons, he was awarded a PhD from the University of Sydney. He became a Senior Lecturer at the university in the same year and a Consultant Paediatric Surgeon at The Children’s Hospital at Westmead. He was given a Personal Chair in Paediatric Surgery at The University of Sydney in 2010 and has over 200 publication in the scientific literature.

Biography: Dr. Donna Mendez is a board certified Pediatrician and Pediatric Emerg ReadMore...

Dr. Donna Mendez is a board certified Pediatrician and Pediatric Emergency Medicine physician. She completed her pediatric residency at University of Texas Health Science Center (UTHSC) in San Antonio, and a fellowship in Pediatric Emergency Medicine at University of Texas Southwestern in Dallas. She is currently an attending at McGovern Medical School in Houston. She is the director of the pediatric emergency fellowship established in 2014. She has received her Doctorate in Professional Leadership with an Emphasis in Health Science Education from The University of Houston in 2016. She has published more than 20 papers in journals and online resources.

Biography: David James Riddell Hutchon has 28 years of experience as a Consultant ReadMore...

David James Riddell Hutchon has 28 years of experience as a Consultant Obstetrician. In 2003, he realized that clamping the umbilical cord quickly after birth severely disrupted neonatal circulation and interfered with transition. He has published and lectured extensively on the subject and co-operating with UK and international colleagues developed equipment and ways of providing neonatal resuscitation at the side of the mother without clamping the cord. He has co-authored a chapter on neonatal care immediately after birth, co-authored two Cochrane systematic reviews, and has organized five international conferences on the subject of mother side neonatal resuscitation.

Biography: Rizwana Popatia is an Assistant Professor of Pediatrics at Weill Corne ReadMore...

Rizwana Popatia is an Assistant Professor of Pediatrics at Weill Cornell Medical College and Assistant Attending Pediatrician at NewYork-Presbyterian Hospital/Weill Cornell Medical Center. She is Board Certified in Pediatrics and Pediatrics Pulmonology. Her medical expertise includes pediatric asthma, interstitial lung disease, primary ciliary dyskinesia and pediatric bronchoscopy. She received her Medical Degree (MD) from M P Shah Medical College, India, with top honors and 17 gold medals and was awarded a “Best Resident Physician Award” during her residency tenure in Jamnagar, India. She completed her Residency in Pediatrics at the State University of New York – Downstate Hospital, Brooklyn, NY, and a fellowship in Pediatric Pulmonology at Boston Children’s Hospital/Harvard Medical School. She also served as a Chief Fellow at Boston Children’s Hospital, Harvard Medical School. In addition to her clinical work, she is active in medical education and research, and global health. Her current research interests include outcome based research in asthma, Asthma Education (PACE Program) and Cardiopulmonary exercise training. She has multiple publications in eminent journals and have reviewed articles for eminent journals like American Journal of Respiratory and Critical Care Medicine, JAMA, Journal of Neonatology and Perinatology and BMC Medical Genetics. She is currently the Editorial Board Member of Journal of Pediatrics and Child Care as well as International Journal of Pediatric Health Care and Advancements.

Dr. Ghorayeb has completed his PhD jointly between Iowa State University and the University of Iowa. He is Professor of Radiology and Molecular Medicine, and Professor of Biomedical and Electrical Engineering at Hofstra University. He has published over 100 papers in reputable journals, conferences, and invited presentations and has been serving as primary reviewer at NIH, and as an editorial board member of AIUM, JTU, and IEEE.

Biography: She is Consultant in Neonatal Pediatrics at Chelsea & Westminster Hosp ReadMore...

She is Consultant in Neonatal Pediatrics at Chelsea & Westminster Hospital, London UK (Dec 2000 – date) , Honorary Senior Lecturer in Child Health; Division of Medicine, Imperial College London, UK and also Lead of Specialist Training and the current Neonatal College Tutor. Their unit is a specialist perinatal tertiary center and designated unit in the sector for neonatal surgery. Her area of interest is research and clinical care aimed at enhancing the brain development of high risk babies is focused on factors such as nutrition especially essential lipids of the mother and newborn infants in relation to their developmental and health outcomes - Nutritional intervention in the pre-conception period, pregnancy, newborn period in baby and assess the effect on brain development and disorders in infants.

James Heubi, M.D. is Associate Dean for Clinical and Translational Research, Professor of Pediatrics at the University Of Cincinnati College Of Medicine. He is the Director of the Center for Clinical and Translational Science and Training which is the vehicle by which the University of Cincinnati, Cincinnati Children’s Hospital and the Veterans Administration Medical Center administer the NIH-funded, Clinical Translational Science Award. He has been an active clinical investigator with over 200 peer reviewed publications and was the long term program director for the NIH funded General Clinical Research Center. He is the principal investigator and co investigator on NIH grants and participates is a local principal or co-investigator on 2 rare disease networks supported by the NIH. His research interests include cholestatic liver disease in childhood and its complications, inborn errors of bile acid metabolism, bone disease in gastrointestinal and hepatobiliary disorders, fat absorption, and cholesterol absorption and metabolism. 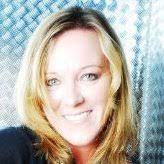 Biography: "I’m a graduate student in medicine and surgery at University of Pad ReadMore...

"I’m a graduate student in medicine and surgery at University of Padua (Italy) in September 2020. In November 2021, I started attending the specialization course in pediatrics and neonatology at the University of Ferrara (Italy). My first work experience was at the Polyclinic of Abana Terme (Padua,Italy) where I was able to witness the use of home phototherapy in the treatment of hyperbilirubinemia in full-term babies